Aiken and Hardy Family plot:
Missionary descendants of Levi Chamberlain.
1. Dr. Perley Johnson Aiken (Sept. 5, 1841-Oct. 26, 1905)
1894 appointed government physician in Paia:
Married Oct. 1, 1867 to
2. Julia Orilla Smythe Aiken (b. 1845 in Ohio-d. 1936)
3. Worth Osborn Aiken (1873-1960) their son;
Teacher, postmaster and agent of the steamer Waimanalo, port surveyor, deputy tax assessor and collector of Makawao District, organized First National Bank of Paia, vice-president and manager of Pauwela Pineapple Plantation, chairman of the Makawao Road Board and Commissioner of Public Instruction. Married to Helen Chamberlain, grand daughter of LEVI CHAMBERLAIN
Worth is a direct descendant of John Holland, a Mayflower pilgrim and of George Ross who gained fame as aide to camp for George Washington and brother-in-law to Betsy Ross. 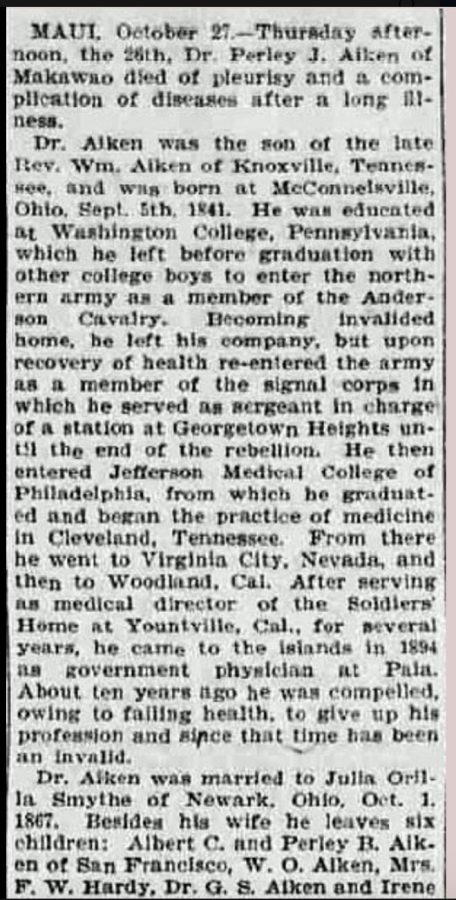 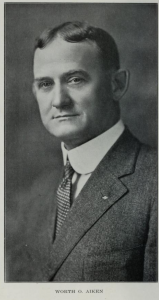 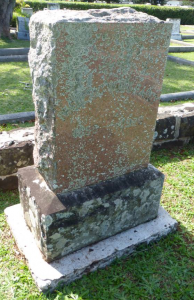 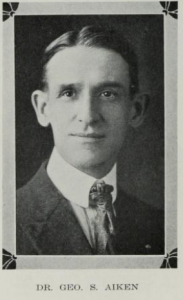 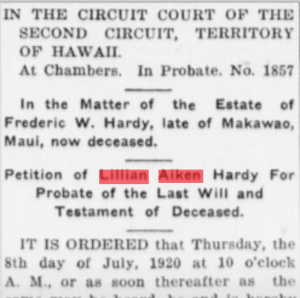 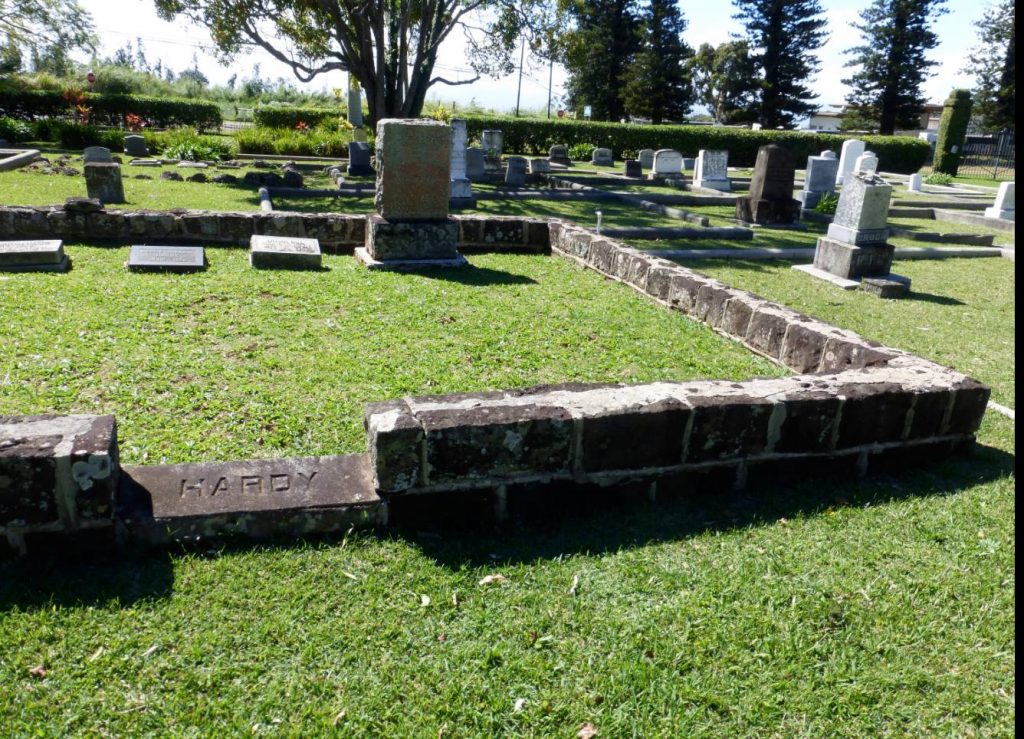