The Dickey/Dole Family
Missionary descendants of William P. Alexander and Mary Ann Alexander
1. Judge Lyle Alexander Dickey (b. Mar. 26, 1868 Whitehall, Illinois-d. Honolulu, Hawaii on Aug. 13, 1946) Son of Charles and Anne Dickey; Epitaph: “None knew him to love him, nor named him but to praise”
Appointed by President Taft to be second district magistrate and circuit court judge of the fifth district in Kauai, TH 1912-1919
President of Hawaiian Mission Children’s Society 1896-1923 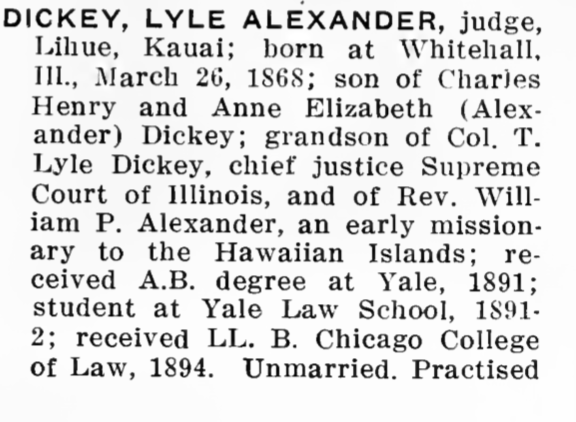 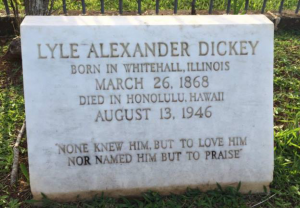 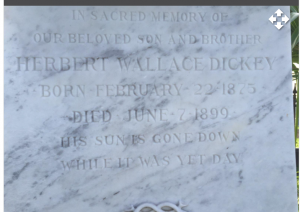 “He giveth his beloved sleep” 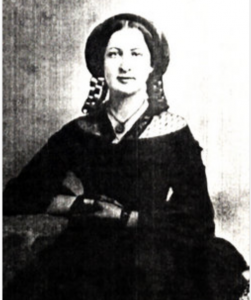 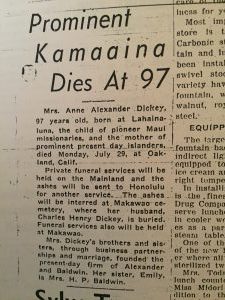