After graduating from Arcadia College in Nova Scotia, he followed the sea for seven years; on his second trip around the horn he decided to immigrate and took a position with Honomu Sugar  Co., Hilo Railroad, and Oahu Railway and Land Co.

Joined the first wireless co. in Lahaina and received the first ship to shore message about 1900

1920 census: employed as an accountant and superintendent of the supply house with the Maui Agriculture Co. sugar mill (30 years service); wife is Mollie

1910 census: employed as a division agent on the railroad

1920 census: employed as a kindergarten teacher living in Hamakuapoko village 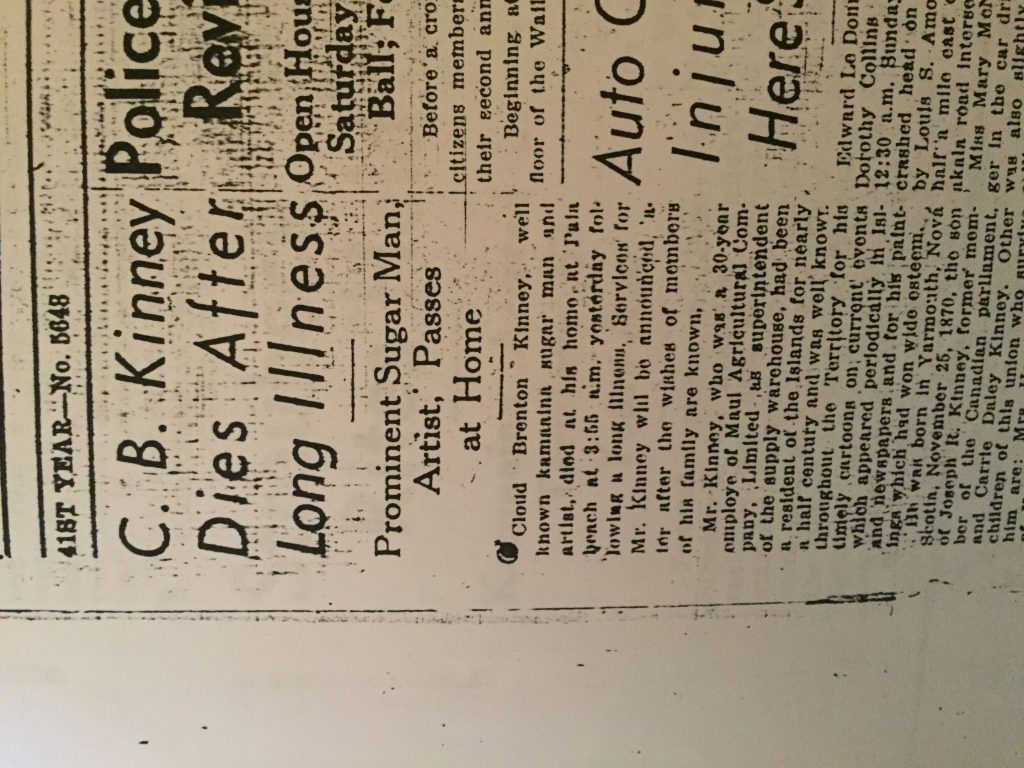